← more from
Pi Recordings
Get fresh music recommendations delivered to your inbox every Friday.

The People I Love 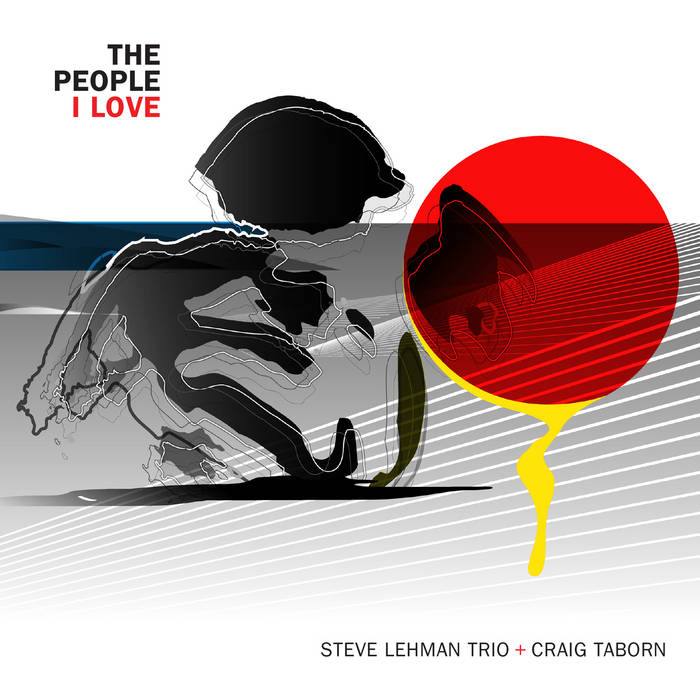 rat Lehman's most emotional and most beautiful album to date. This album manages to be complex and extremely interesting to listen to while also feeling like a strong expression of emotion. Lehman's trio is incredible as usual, and they synergize perfectly with Craig Taborn. Favorite track: Ih Calam and Ynnus.

woebetide Music is a language we sometimes understand unknowingly. Steve Lehman's music stirs my soul in ways I cannot explain. I don't care, I just listen.

sand boat 10 stunning tunes. I have been listening to it every day. Favorite track: A Shifting Design.

Hailed by The New York Times as “a state-of-the-art musical thinker" and “a quietly dazzling saxophonist,” Steve Lehman has built a career creating innovative, uncompromising music that packs a visceral wallop. His signature alto sound -- searing with emotional intensity and crystal clear articulation -- has been featured in high-profile partnerships with Vijay Iyer, Jason Moran, and Bennie Maupin. But at just 40-years-old, his greatest musical achievements have been his many critically-acclaimed, groundbreaking projects, which have run the gamut from Senegalese hip-hop (Selebeyone (Pi 2017)) to French spectral music (Travail, Transformation and Flow (Pi 2009), Mise en Abîme (Pi 2014)). With his latest album, The People I Love, Lehman revisits his jazz roots, presenting his take on the classic alto saxophone quartet tradition. It’s a modern day referendum on the possibilities for that time-worn configuration for 2019 and beyond.

Much has been made of Lehman’s early apprenticeships under Jackie McLean and Anthony Braxton. While those references continue to remain essential, there are other figures who also loom large: “As far as the classic alto saxophone quartet, Bird, and then of course all the records Jackie McLean did with Cedar Walton and McCoy Tyner are really big for me. And then Anthony Braxton and his “Willisau” quartet with Marilyn Crispell. But also Kenny Garrett’s “Songbook” group. That’s kind of the blueprint I was working from, before trying to put my own stamp on it and move it forward.”

The title for The People I Love comes from a 2010 interview with vibraphonist Bobby Hutcherson, a longtime friend and collaborator of Lehman's primary mentor, Jackie McLean:
When I was younger, I thought music came first. And now that I’ve gotten older, I realize it’s only a reflection of the images of the people I love and being with God.

Longstanding musical partnerships and close friendships have always been at the center of Lehman's recordings. And the music on The People I Love is no exception. 2019 marks the 10-year anniversary of Lehman's trio with drummer Damion Reid (Robert Glasper Trio) and bassist Matt Brewer (SF Jazz, Gonzalo Rubalcaba), and their telepathic interplay and stop-on-a-dime maneuvers define the feeling of the album from start to finish. Their debut recording, Dialect Fluorescent (Pi 2012), was voted to the Top 10 spot in the NPR Jazz Critics Poll. Since then, the musical relationship between the three has only become more profound and wide-ranging. Lehman has added pianist Craig Taborn -- whom the New York Times Magazine describes as "one of the best jazz pianists alive" and "an ethereal genius" -- to this mix. He and Lehman also share a deep musical connection that is over a decade old. “Craig is one of the most brilliant musicians of his generation. We've been friends for a long time; played duo in acoustic and electronic settings, and talked for hours about everything under the sun. I don't think there's anyone out there more in sync with my overall musical aesthetic.”

The Lehman “stamp” often comes in the form of compositions that can seem impossibly complex, but there's something new here: This isn't music that makes hay out of difficult execution or an unusually demanding practice regimen. On the contrary, even the most intricate and involved passages on The People I Love feel effortless and of a piece with a larger expression of emotional intensity. "Ih Calam & Ynnus," for example, may be a meticulously crafted minefield of shifting meters and changing tempi, but it's Lehman and Taborn's emotional soloing that ultimately carries the day.

Much of the repertoire on The People I Love is designed to make a bold statement about the state of modern Jazz in 2019. New classics by Kurt Rosenwinkel (“A Shifting Design”) and Kenny Kirkland (“Chance”) from the 1980s and 1990s take the place of tried and true standards. And Lehman and his quartet apply a glitchy, modernist sheen to “The Impaler” by Jeff “Tain” Watts just as easily as they re-imagine “qPlay,” a piece of 2000-era electronica by Autechre. Lehman also revisits several works from his own repertoire, including “Curse Fraction” and “Beyond All Limits.” His composition “Echoes”, originally recorded on Travail, Transformation & Flow (New York Times #1 Jazz Album of 2009), is reconfigured here, and features a handful of virtuosic piano gestures that cascade in and around Lehman’s piercing alto solo.

The album is punctuated by three duo improvisations between Lehman and Taborn, who manage to interact in a way that feels authentic and heartfelt while staying utterly contemporary. And here again, Lehman makes a statement; demonstrating intimate familiarity with 60 years of experimental saxophone vocabulary – from Eric Dolphy and Anthony Braxton to Arthur Blythe and Evan Parker – and making a compelling case for its integration into a modern-day concept of the classic alto saxophone quartet album.

The People I Love is a record that bears witness to a new openness in Lehman's music. Unedited rehearsal tapes (“A Shifting Design”) and joyous laughter at the end of a take are all left on the track -- inviting the listener to take a look behind the curtain at where the music comes from. The result may be his most mature artistic statement to date.

Described as “a state-of-the-art musical thinker” and a "dazzling saxophonist,” by The New York Times, Steve Lehman (b. New York City, 1978) is a composer, performer, educator, and scholar who works across a broad spectrum of experimental musical idioms.His recent recording, Mise en Abîme (Pi, 2014) was called the #1 Jazz Album of the year by NPR Music and The Los Angeles Times. ... more

Bandcamp Daily  your guide to the world of Bandcamp